As a person who has traveled quite a bit in their lifetime, I’m pretty familiar with what people in other countries think about Americans. Sometimes it’s adoration, like the schoolgirls I met in Japan. Sometimes it’s curiosity, like the teenage soccer team I kicked around with in Ecuador. But mostly it’s anger, or worse, pity. They look at us and think, what the fuck is wrong with you people? Is your mental health care system so broken that you’re housing the crazies in congress instead? 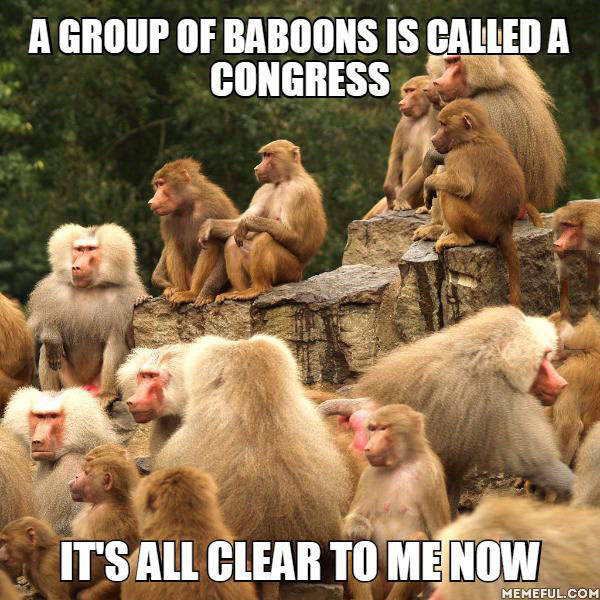 Sometimes I agree with them, but mostly I think – hey, what do you people know, you’re the ones wasting all your tax dollars rehabilitating crazy people and giving them jobs with livable wages – ha! Your hamburgers must cost like $18 bucks.

That was sarcasm for those of you who have no sense of humor whatsoever.

Speaking of humor. This whole #MerryChristmasStarbucks thing is seriously cracking me up. And I can’t even imagine what our pals overseas think about it. Like, 2 year old Syrian children are washing up on beaches in Turkey and Americans are up in arms about an overpriced coffee cup. That’s actually not even funny.

In case you missed it, there are some nut jobs out there (I won’t even call them Christians because honestly, I’ve yet to meet a practicing Christian who is actually offended by a coffee cup) who are VERY offended by Starbucks’ new minimalist holiday cups.

You see, every year Starbucks comes out with a new holiday cup to encourage people to buy their wildly overpriced and incredibly calorie-dense winter beverages. In the past the cup has featured designs straight out of the Bible – things like snowmen and reindeer. (Once again, sarcasm.)

This year, they jumped on the ombre (i.e. secular, if you consider red and green cups secular?) bandwagon and made plain red cups that progress from a dark cranberry color to a lighter “rudolph” red at the top.

They encouraged customers to make the cups their own by doodling on them, and even launched a cup design contest on social media. 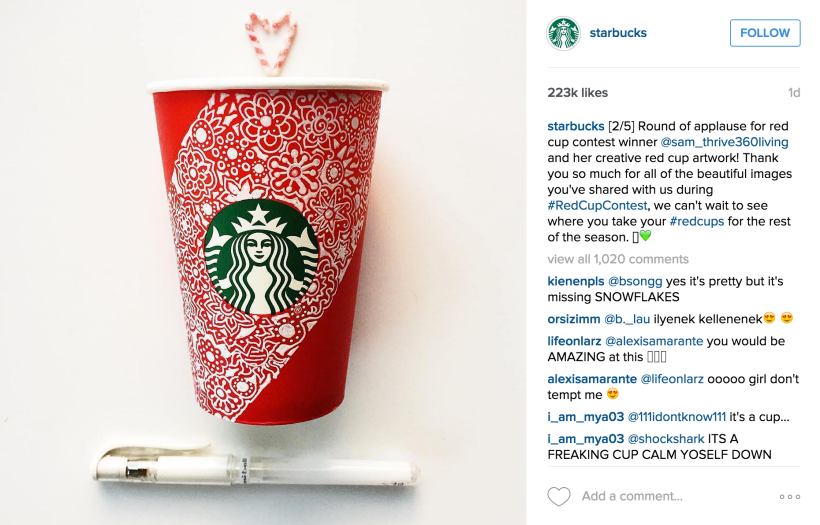 Most normal people find this completely un-newsworthy. But it made one wack-a-doo evangelist in Arizona very, very upset, and he threw himself a giant online tantrum accusing Starbucks of changing their cup design out of a hatred for Christmas (one of their most profitable holidays) and distain for the j-man himself.

The thing that I find so amusing about this whole fiasco is that the guy that originally got his panties in a wad over Starbucks’ “war on Christmas” took to social media to convince his minions to GO OUT AND BUY STARBUCKS COFFEE.

You can see the video here:

Joshua Feuerstein, a former evangelist and current antagonist of “political correctness” took to social media to tell his peeps just how much Starbucks hates Jesus, and then asked them to go buy a Starbucks coffee and state their name as “Merry Christmas” so that baristas would write something like “Mary Kingston” on the cup.

This guy might be an excellent evangelist, but he is a horrible activist, and an even worse economist. Actually, I’m not totally convinced Starbucks didn’t actually pay him to make the video, which would be the most genius marketing tactic maybe ever, IMO.

But Josh, man, if you’re reading this, money talks dude. If you want Starbucks to change something, tell people NOT to buy their overpriced, overcomplicated coffee and give the money to, I dunno, a church or something instead.

Actually, you know what, never mind. Just think, what would Jesus do?

Then make your own coffee at home (you might try this delicious variety, made by Satan’s own startup, Starbucks) and give it to a homeless person. Don’t forget to say Merry Christmas before you leave – unless they’re Jewish, in which case tell them to get a grip and stop being so politically correct. This is AMERICA, ok? Land of the freedom of relig….err, never mind. 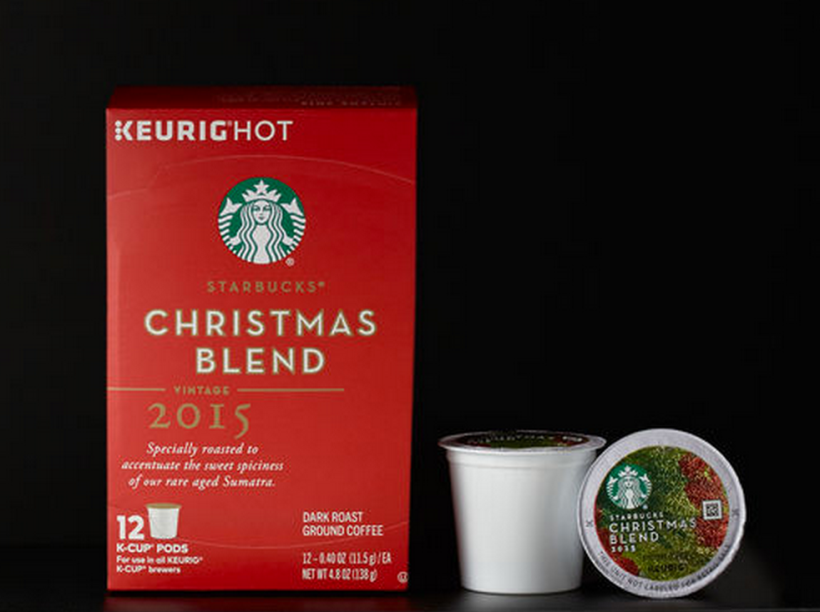 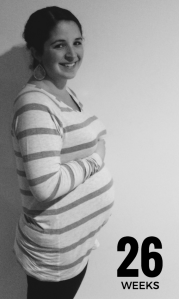 Total weight gain: 16 pounds. Sheeeeit.
Maternity clothes? to hell with maternity clothes, I’m already into the pajamas all day phase.
Sleep: tossing and turning and feeling like I need a crane to lift me up every time I readjust.
Best moment this week: Mia has decided she’s into the whole big girl potty thing again. She’s even started telling us when she needs to go, instead of me tackling her onto the toilet every 45 minutes and bribing her with some kind of unhealthy food item.
Miss Anything? beer. margaritas. summer.
Movement: all. the. time. I can’t complain though because if it stops I know I’ll worry incessantly about whether or not she’s ok, so…keep on kickin’ little Lucy.
Food cravings: Nachos, made with sharp cheddar cheese only.
Anything making you queasy or sick: watching the political debates.
Labor Signs: some more braxton hicks, but that’s about it.
Symptoms: acid reflux all day long.
Belly Button in or out? In, but starting to journey outwards.
Wedding rings on or off? On
Happy or Moody most of the time: happy, and getting excited for the holidays.
Looking forward to: Thanksgiving with the fam and then Christmas with my little love bug who finally understands what it’s all about and is getting BEYOND excited. Maybe she won’t scream and cry when I put her on Santa’s lap this year… #doubtit