It’s hard to remember what life was like before. 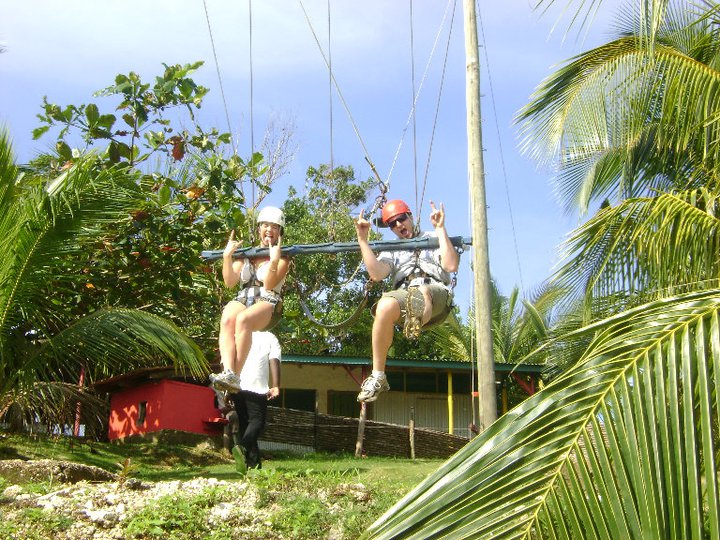 I mean it’s hard to remember what I ate for lunch today and where my kids are and who’s watching them so – it’s not surprising that I can’t remember things that happened 5, 6 and 7 years ago. But I’m pretty sure it was pretty nice and I had no idea how nice it was.

Actually, just kidding. I made 31,000 a year and had to work a second job as a bartender to pay our rent and doggie daycare for our first fur baby. Dan worked 10am to midnight and we never saw each other except on Sundays and Monday afternoon. I did, however, without Dan around have free reign of the tv and actual time to binge watch A Baby Story and HGTV. So there was that.

Flash forward to tonight and we’re screaming at our kids to brush their teeth or they’ll fall out – and then backtracking because the kids are hoping they’ll fall out so they can collect some cash from – seriously who’s idea was the tooth fairy anyway!?

So this past weekend Dan and I managed to hand off all of our babies. Harley spent the night with Grammie, and Mia and Lucy went camping with Meme and Papa (brave souls).

Even though we’re supposed to be saving all our money for our kitchen renovation (err, bills) we decided to say screw it for 48 hours and booked a hotel and a fancy dinner, and ran away to Rockland for a weekend like we might have done back in the day.

Except we didn’t back in the day. Because we were poor. And busy. And didn’t need to book a hotel room to have a minute alone if you know what I fucking mean.

We started our toddler-moon (is that what it’s called when you leave your kids with your parents and run away for a few days?) by sleeping until 6am on Sunday morning. That’s the same time we wake up every morning thanks to the little gremlins but on this morning we got to lay in bed and look at our iPhones for another hour instead of laying in bed looking at our iPhones while watching My Little Pony.

I know, we’re so romantic.

Around 7am we finally got motivated to get moving and hopped in the car to head to the midcoast. We had no plans besides a hotel and a dinner reservation at Primo so we spent the ride up the coast researching places to hike and mostly places to eat. Because that is and always had been our main source of entertainment. Our entire lives revolve around the next meal and I’m not sorry.

I just know that I will never be on my death bed wishing I went out to dinner a few less times. Although it’s possible I would wish that from bankruptcy court buuuuut hopefully we don’t have to find out.

Anyway we used google maps to find a cute little restaurant in Damariscotta called Chrissy’s. I want to say that we discovered this adorable hidden gem of a place, but it actually wasn’t that hard to find because it was the only restaurant that was open in the whole town so….we decided to give it a try. We ordered breakfast enchiladas and huevos rancheros because any breakfast that comes with sour cream is a winner in my book. 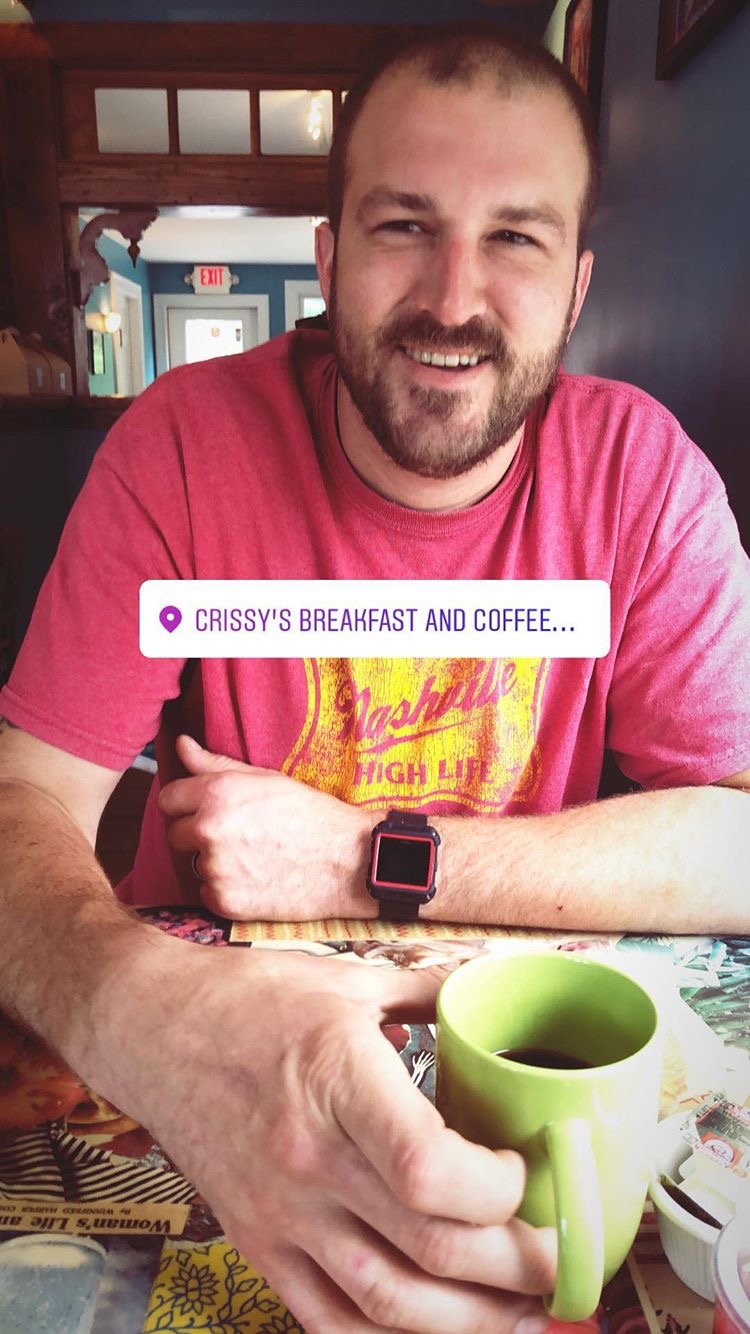 Then we walked around town and looked at the oyster farms and debated a kayak tour because we could. No kids whining. No timeline. Nowhere to be. We didn’t do any of the above but knowing we could if we wanted to was just glorious.

We opted instead to continue up the coast and wound up in Camden Hills State Park, and eventually at the Ocean Outlook atop Mt. Megunticook. Seriously stunningly beautiful.

We drove from there to our hotel in Rockport which was absolutely the sweetest place I’ve ever seen. I’m not sure if it felt so romantic because it actually was or because there wasn’t paw patrol on in the background but ether way it was incredible. And beautiful and even the one kid staying there seemed kind of cute because he wasn’t ours.

We wandered around Rockland for a late lunch (Dan: Beer, Me: Chocolate Smoothie) and then swam in the pool and walked along the ocean at our hotel before heading back to our room to watch the real housewives of Beverly Hills and drink coffee so we could stay awake until our 830pm dinner reservation.

830 is normally when we go to bed for those of you that have any delusions that we are even remotely cool anymore.

Primo was great, and I even ate a mushroom by accident and didn’t hate it. #farmtotable 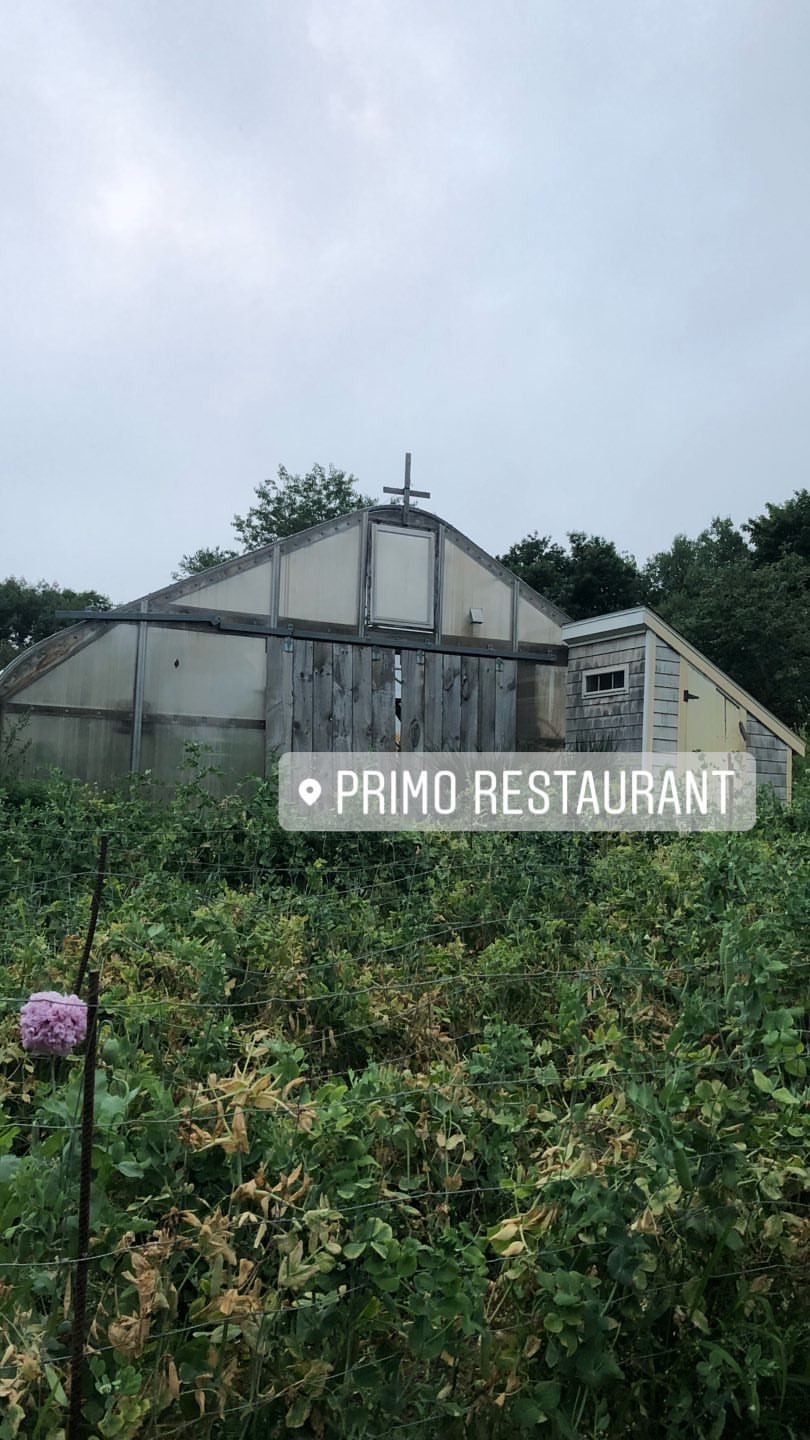 The next morning we set out on another hike (Maidens Cliff this time) but not before stuffing our faces with cinnamon rolls at Home Kitchen Cafe.

We even decided to go off the trail map at one point and wound up in a field of wild blueberries on top of a mountain which was delicious and wonderful. 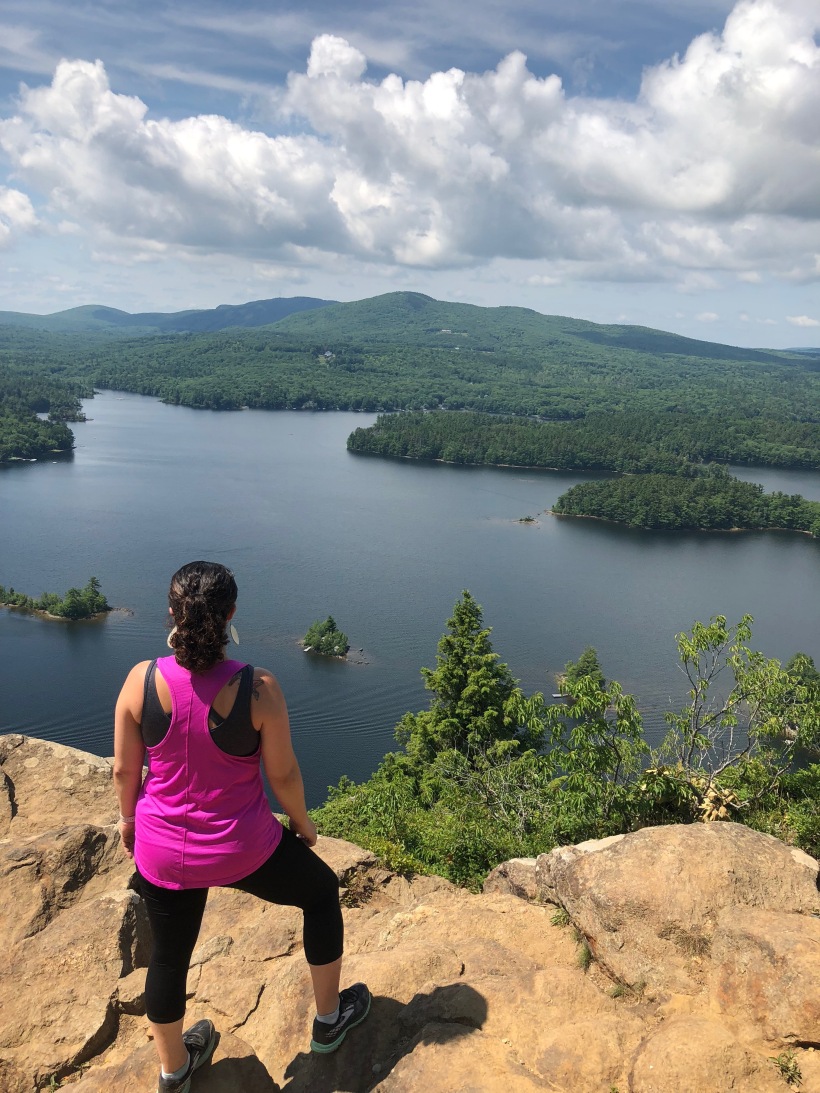 Three hours later we made it back to the trailhead and started our drive back home. We stopped a couple places along the way (smoothies, mini golf – I won in case anyone’s wondering) in an effort to keep the vacation alive but us old people are not used to so much excitement in one weekend and we were tired and ready to get back to our early bedtime.

The next day Dan drove to Madison ME to pick up the girls and for like 12 hours I felt so refreshed and happy to have them home. And then they woke me up asking for paw patrol and I was like oh yeah, this again.

Feeling pretty lucky to have had the best of both worlds, even if only for 48 hours.

One thought on “48 Hours of Our Former Life”